Kavita, like most mothers, always hoped for a bright future for all her children. She has especially high hopes for her bright and studious daughter, Manju. Like all mothers, she wants her children to be safe, healthy, and have a good education. Unfortunately, her circumstances are very difficult, and this affects every aspect of her children’s lives.

Kavita was married to a man who was an alcoholic and never cared or provided for his family. Eventually, as his addiction became more severe he was admitted to a rehabilitation center. The burden of providing for the family fell solely upon Kavita’s shoulders, and she works as a maid to support her family. She makes about 3,000 rupees a month, which is about $45 dollars a month.

Maids often work in the homes of wealthy families while raising their own children in poverty. They are expected to manage all the household chores including dusting, mopping, cleaning the bathrooms, washing dishes, and washing clothes. They are often expected to babysit children and prepare meals. Maids are not encouraged to state any complaints or preferences. Sometimes they are mistreated physically or verbally and often looked down upon by more privileged upper class in society. They often work very hard long hours and still are not able to make ends meet, barely having enough for rent or even food for the day.

Kavita learned about Bloom India Primary School and approached Principal Gerard for admission for all her children. She did not want her daughter Manju or her other children to struggle the way she has in life. All of her children were given the opportunity to start their education at Bloom India.

Manju is a bright student and excels in all her classes. She is eager to learn and try new things, including joining the choir.

Manju just completed her 10th grade state exams in the top 89th percentile! Manju is continuing her education and hopes to go to medical school. Even though she still has daily struggles as a working single mother, Kavita finds immense joy in her daughter’s achievements. 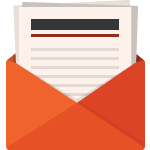